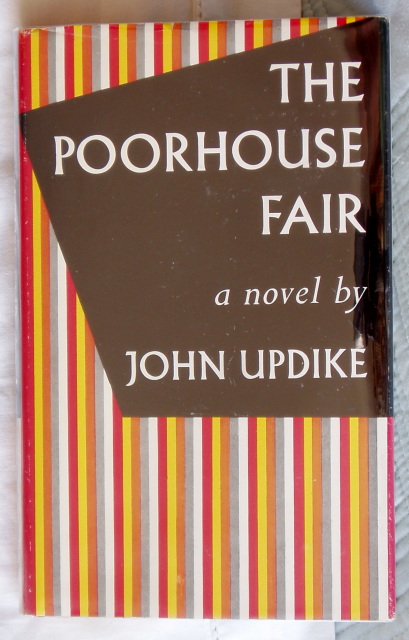 A rare copy of Updike's celebrated first novel, in excellent condition, in a clipped jacket, with author photo to back by Irving Fisk.

Updike's sardonic tale about the residents of an old-age home, who stage a revolution on the day of their annual fair, brought him instant acclaim.