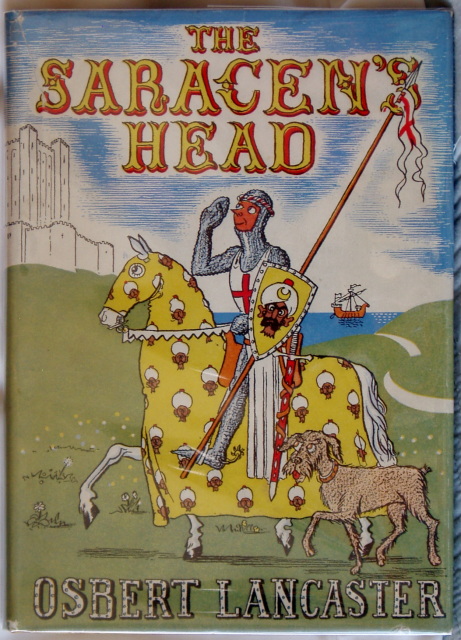 This was Lancaster's sixth book, with wonderful illustrations throughout, including three double spreads in color.

Jacket has one small chip to back.

The Crusades, in all their violence, are seen through the eyes of a hapless knight, William de Littlehampton, who nevertheless succeeds against all odds.

No coincidence perhaps that the book appeared so soon after the horrors of the Second World War, but an inspired version of medieval history, nonetheless.