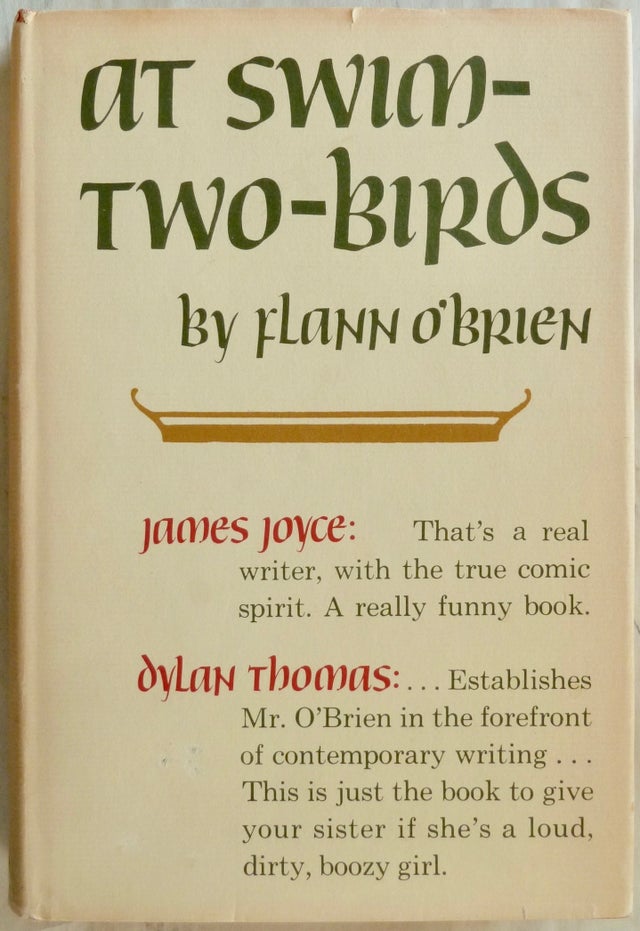 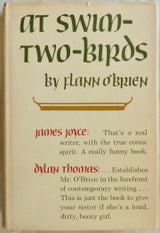 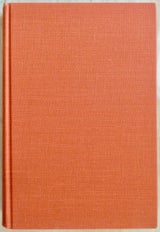 Originally published in the UK by Longmans in 1939, At Swim-Two-Birds was a commercial failure, with less than 240 copies sold by the outbreak of the war; subsequently Longmans' London premises and all unsold copies with it were destroyed in the Blitz, in 1940.

The novel was rediscovered and republished in the US by Pantheon in 1950, subsequently achieving fame as a comic highlight of 20th-century literature.

This later US edition, published in 1966, suffers from being printed on non-acid-free stock, which has browned around page edges.

An unusual example of this hard-to-find title, with an inspired recommendation from Dylan Thomas on the front.