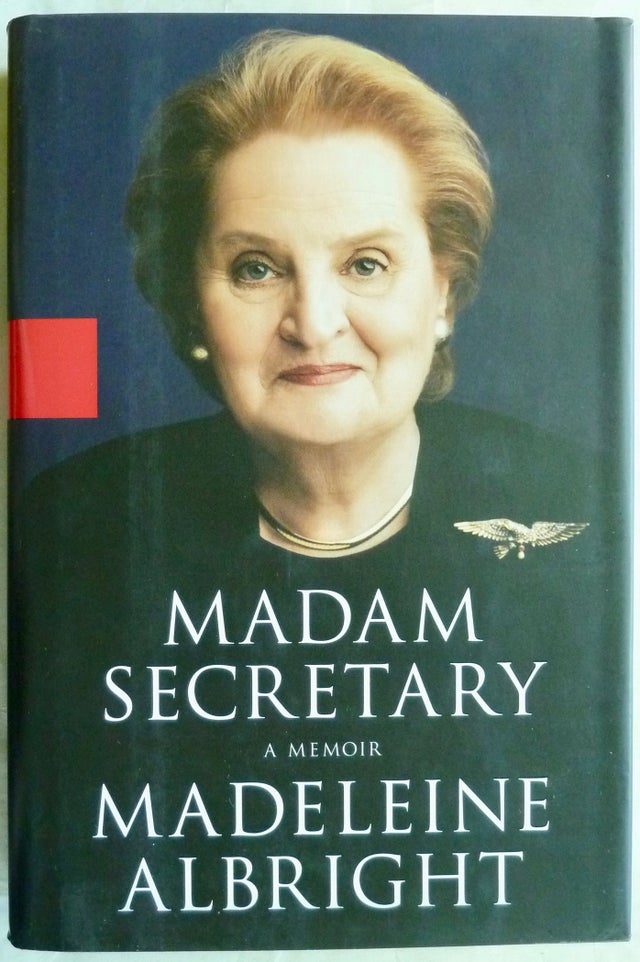 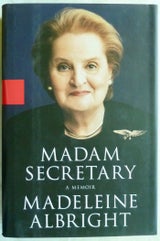 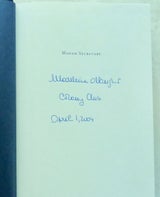 Signed on the half-title page, at the Colony Club, in New York.

The first woman to serve as Secretary of State, under the Clinton administration, Albright's story begins as a Czechoslovak refugee, her family fleeing Nazi and Communist regimes, moving to the US when she was eleven.

Albright's memoir gives a fresh take on the many world leaders she spent a career negotiating with.