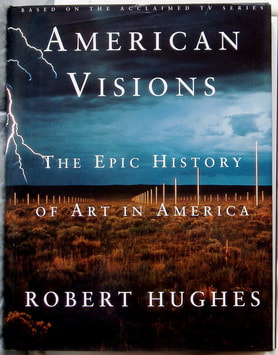 American Visions The Epic History of Art in America

Robert Hughes's monumental overview of American painting, from the earliest escapes from Europe to the creation of world dominance in the 1950s and beyond.

By the 1980s, when speculative madness had completely overtaken the scene, he sees little hope for a society divided against itself in a welter of cynicism and greed.

However, as he concludes, "Tomorrow is another day".