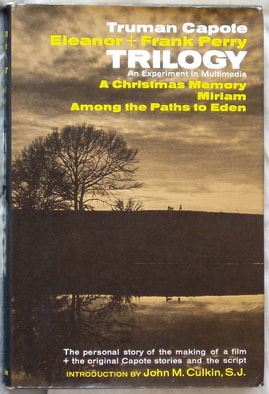 Trilogy - An Experiment in Mutimedia.

Created when Capote was still at the height of his charm, this intriguing compilation charts the transformation of three of his short stories into film scripts by Eleanor Perry and finally television films, which went on to win eighteen awards.

With the original stories, scripts and many photos of the actors and reminiscences on the process.

Jacket has some minor surface scratches.