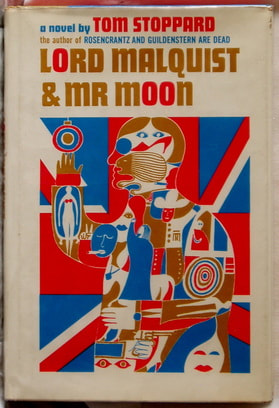 Stoppard's first (and only) novel, originally published in the UK in 1966, and as absurd and surreal as any of his early plays.

A cast of ill-assorted characters, including an Irish Messiah on a donkey, debate whether to blow themselves up.

Book and cover are in near perfect condition, with a touch of dirt to edges.