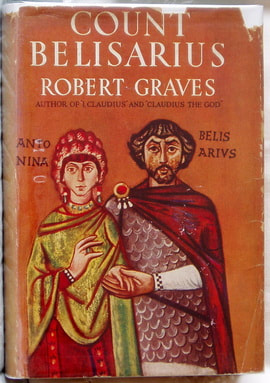 Book is in excellent condition, jacket has chips from front top and spine ends, with marked fading to spine, otherwise good.

Praised as being a better historical novel than his successful I, Claudius series, this is a re-creation of the life of a Christian cavalry Commander in the 'Dark Ages'.

Based in medieval Constantinople, Belisarius stands for the civilizing aspects of imperial conquest, continuing the legacy of the Roman Empire.