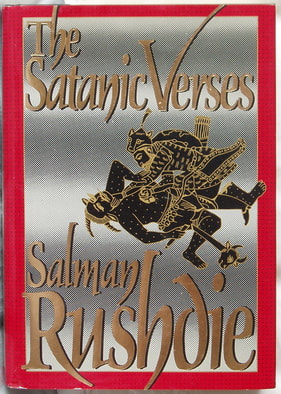 Rushdie's fourth novel, which had the unfortunate effect of making him the recipient of a death threat from fanatics in the Islamic world.

Outrage was felt because he included the Prophet as a character in a cycle of good versus evil, which is presented in a constantly shifting repetition of characters, in the style of an Indian epic.

The book remains an icon for the freedom of the imagination and one of the most famous works of our times.