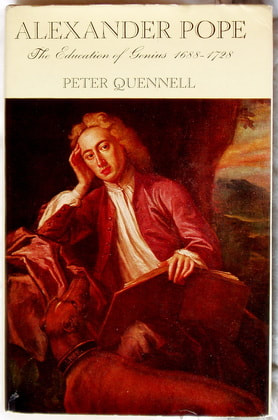 A scholarly examination of the first half of Pope's career, up to his open declaration of war with the London literary world with the publication of his Dunciad.

A man of conflicting humours who could be passionate and generous as well as bitter and malevolent, to friends and foes alike.

Pope is presented in all his fascinating genius.