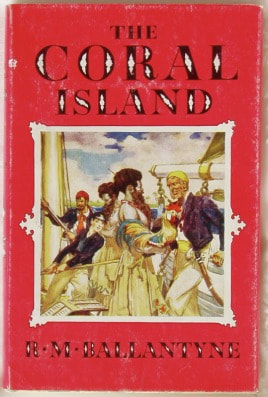 From the Childrens' Illustrated Classics series produced by Dent Dutton comes the stirring tale of savages, pirates and missionaries seen through the eyes of three boy adventurers in the islands of the Pacific.