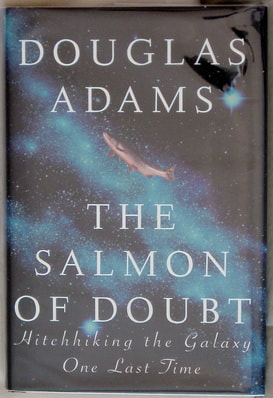 The Salmon of Doubt

The Salmon of Doubt

When the much-beloved Douglas Adams died unexpectedly in 2001, his computers were found to contain many unpublished pieces, the most interesting of which are gathered here.

This book is not only marvellous for lovers of his wit, but a fascinating history of computer technology; Adams was regarded as a guru in this area and was always the first to test new devices and write about them in the Press.

We see him struggling with every aspect of the web, suggesting improvements and predicting trends that are only now coming true, years later.