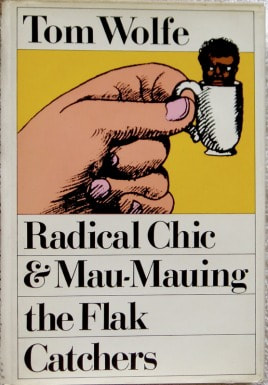 Wolfe's fourth book, when he was still a radical journalist himself, consisting of two long essays from 1970.

The first is a critique of the social elite of New York, in their muddled attempts to woo the Black Panthers.

The second deals with clashes between militant immigrants and the liberal whites of San Francisco.