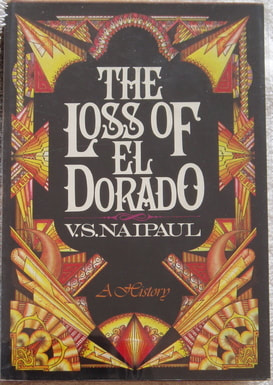 The Loss of El Dorado

The Loss of El Dorado - A History

A flawless copy of this complex re-creation of the history of Venezuela and Trinidad by the 2001 Nobel Prize winning author.

Naipaul examines the Spanish/British colonial rivalry in the Orinoco basin, drawing on contemporary sources about the obsessive quest for gold in the region.

The second half of the book focuses on Trinidad, which was under British rule from the end of the Eighteenth century.