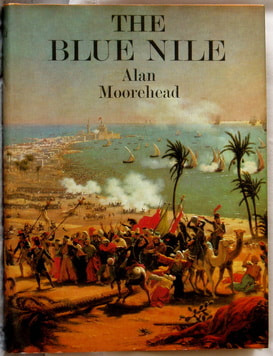 When Alan Moorehead's The Blue Nile first appeared in 1962, it was recognized as a work of such elegantly phrased scholarship that it was re-issued in this highly illustrated version, with 32 color plates and 130 additional illustrations.

Moorehead traces the nineteenth century exploitation of the Nile through the experiences of four men: the Scottish explorer James Bruce, Napoleon Bonaparte, the Turkish military adventurer Mohammed Ali, and the Emperor Theodore of Ethiopia.

Each bring a different world into being, the effects of which are still reverberating today.