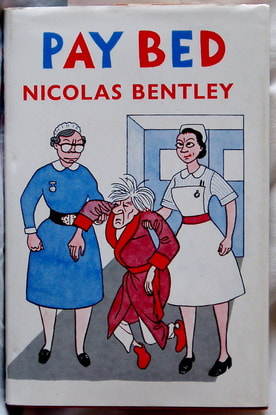 With wit and his usual marvellous drawings, Nicolas Bentley confronts the terrible aftermath of a routine operation that goes wrong and condemns him to months in hospital.

His illustrations for Hilaire Belloc and T. S. Eliot's works have earned him an immortal place in any Hall of Fame, but here he demonstrates his writing skills as well.