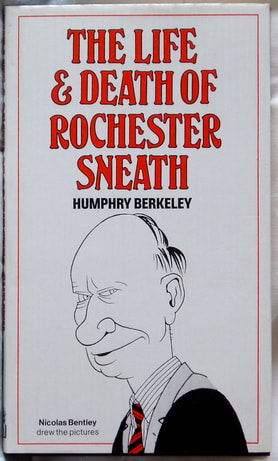 The Life and Death of Rochester Sneath

Illustrated by Nicolas Bentley, this marvelously funny collection of thinly-veiled insults to England's Establishment takes the form of letters from a fictitious minor Public School headmaster, asking advice from the good and the great.

Some of the real-life correspondents were not fooled, but many replied in the same insufferably pompous vein. Hilarious.