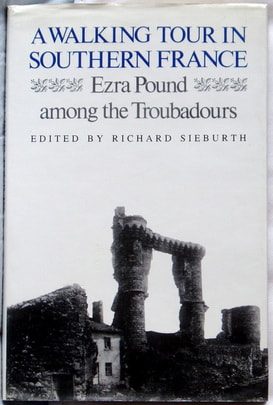 A Walking Tour of Southern France

A Walking Tour in Southern France - Ezra Pound among the Troubadours

A resonant motif of The Cantos is the mystique of the Troubadour tradition in France, as explored on foot by a youthful Ezra Pound in 1912, and recorded in a series of his notebooks.

Rediscovered in 1954 and edited by Richard Sieburth, we can detect in these, Pound's "gradual discovery of himself as a Modernist poet".

Fine in near fine dust-jacket, with slight crease to top edge.