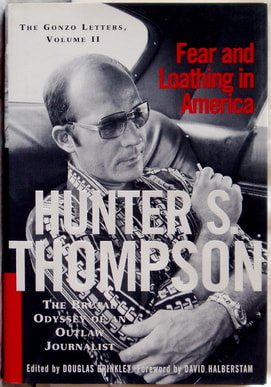 Fear and Loathing in America - The Gonzo Letters Volume II.

Spanning 1968-76, this exhaustive volume actually deals with Thompson's heyday, his time running for mayor in Aspen and the creation of Fear and Loathing in Las Vegas.

Behind all the pleas for expense money and violent rants shines a rare integrity, particularly in his dealings with other social observers, like Tom Wolfe.