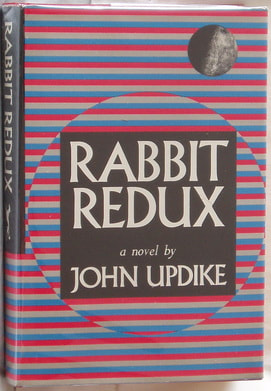 A fresh, unfaded copy of the second book in Updike's celebrated quartet, defining the rise and fall of one man's American dream.

Rabbit Angstrom discovers the hedonism of the 60s in Brewer, Pennsylvania as he abandons the athletics of his youth for marijuana and the beginnings of armchair conservatism.

Each decade of America's recent history is re-examined by Updike, in these wonderfully written books, and found wanting.